I want to thank Varðberg for this excellent initiative, supported by NATO’s Public Diplomacy Division.

I have been Permenent Representative of Iceland to NATO in Brussels for just over three years.  One could say that when I arrived -in August 2013 – it was to an organisation focused on the longstanding operations in Afghanistan, Kosovo, and working in close cooperation with various partners, including Russia with which we had several projects. Early 2014 things started to change, and after the illegal annexation of Crimea, and with the crisis that followed in eastern Ukraine, the situation became very different.  We have a  changed security environment in Europe, and freezing of working relations with Russia, except for the ambassadors level.

NATO has brought the focus back home, on Europe and our close geographical partners, adapting to changes, putting in place assurance measures, and increasing rotating presence and rapid response in our own area.

But NATO has not only focused on assurance to eastern allies.  There has been an arc of instability to the south as well, with unrest in North Africa,  influence of ISIL/Daesh in Iraq and Syria, leading to humanitarian crisis, refugee flows, growing illegal migration and instability. NATO may not be a first responder in this regard, but all this affects the security and stability of Allies on a larger scale.

In my input here today, I will use NATO’s Strategic Concept and its three pillars, to give an overview of Iceland’s priorities, policy and contributions in NATO.

Let me first give a very brief overview of Iceland’s participation in NATO, our structure and priorities.  Iceland, is a founding member of NATO, and has had a permanent mission to the Organisation since 1952.  With a geostrategical location in the North-Atlantic, one might say Iceland is the embodiment of the Trans-Atlantic bond, connecting North American allies, Canada and the United States, with the European Allies.  The Alliance has grown from the original 12 states in 1949, to currently 28 Allies – with Montenegro invited to become the 29th one.

It has now been 10 years since Iceland took over the operation of the Keflavik installations and the IADS system in 2006.  My minister mentioned here in the beginning how the administrative structures were developed, utilising the structures and organisations we already had as regards civil response.

For the Icelandic delegation in NATO, the policy and direction on Iceland’s prioritisation is key factor of our work, and coordination with like minded nations on key strategic issues and principles is invaluable.  With a changed security environment,  we have adapted our work and focus, while at the same time Iceland has increased it’s contributions by providing experts to NATO’s structures and work on priority issues.

NATO has three main pillars which it’s Strategic Concept from 2010 is based on.  For the first pillar, collective defence, Iceland keeps focus on the North-Atlantic, including the high-north, and the strategic importance of that area. That includes securing sea lines of communication, provide facilities and host nation support for regular air surveillance operations, as well as providing training opportunities through various excercises.  Iceland has contributed to the assurance measures and Readiness Action Plan introduced by NATO in the aftermath of the Ukraine crisis, and still provides experts to such measures.

In the past two years, NATO has reorganised its rapid response and provided for smaller regional military and support units in eastern allies. Those force integration units are prepared to receive and facilitate a very high readiness task force.  For 2017 the decision has been taken to increase forward presence in the Baltic States and in Poland, providing for rotating battlegroups, working with the local military. A more tailored forward presence will be set up in the sout-east of the alliance.

We keep an open dialogue with Russia, although only at ambassador’s level. Since 2014, and all consultation on working group level, and military working level has been suspended.  There is a clear need for adapting defence and deterrence, but at the same time it is important to maintain the dialogue between NATO and Russia. We keep the lines of communication open, discuss ris reduction, Ukraine and exchange information on important security related issues.

For the second pillar, crisis management, our emphasis has been on comprehensive approach in missions and operations, and the aspects of UN Security Council resolution 1325 is a basic theme in all our work in NATO. We focus especially on the special role of women in conflict areas, their protection and their special role as participants to sustainable security and stability. Furthermore, Iceland promotes equality and more gender balance within NATO itself as an organisation, both in military and civilian positions, and not least in seconded positions provided by Iceland within the structure.

Iceland’s contribution to NATO’s operations and missions through the years has been diverse. During the Balkan operations, support with medical personnel, information officers, and a large group of air traffic controlers was provided while operating the airport in Pristina in Kosovo. Incidentally Iceland provided the niche capability of operating the airport in the Icelandic airport network and system, due to political difficulties and recognition problems for Kosovo in ICAO.  For the past 13 years, Iceland has contributed to the missions in Afghanistan, building stability and capacity in various form, reconstruction and provincial security in the east and north of the country, mechanics, logistics, gender advisers and political and development advisers have worked as part of NATO’s mission, providing support to the Afghan authorities.

For the past years, as I mentioned, a crisis has been brewing to the south of NATO’s area, with the war in Syria, unrest in Iraq and North-Africa. NATO allies, and other European partners, have been dealing with an influx of refugees, migrants and illegal operations to smuggle people from Syria and North Africa.  We have faced repeated terrorist attacks in Europe. Attacks in Paris, Istanbul, and in Brussels earlier this year, deadly attacks which affect the security and raise the threat level in Europe.  These can not be met by NATO alone, or with traditional military means. Cooperation between NATO, EU and other international organisations is key to working together to build stability.

The third pillar is cooperative security which has for the past decades brought closer cooperation with many partners. Our Nordic friends, Sweden and Finland have worked  very closely with NATO, and they participated in the Icelandic peacetime preparedness in February 2014 for the first time. They are as closely integrated into the NATO work as any partners can be.

With our support to Ukraine we build capacity through trust fund contribution, and in the beginning of the crisis, Icelandic experts were seconded to monitoring with OSCE.  We have recently seconded an expert to the NATO liason office in Georgia, so we work closely with our eastern partners.

The most recent co-operation with partners is capacity building and training for Iraqi explosive device experts, for mine clearing and defusing of bombs.  Our excellent Coast guard EOD experts will be starting training in Jordan next week, joining Spanish and Hungarian teams in a NATO capacity building project. The project is operated in Jordan, another important partner where we support training of female police and military.

For Iceland, having no military, but a diverse pool of excellent civilian experts, our contribution may be small in number. We have however seen that niche capabilities can be provided that sometimes are more difficult for other countries to find.

Like my Minister mentioned here in the beginning, the first Icelandic National Security Policy was agreed by Parliament earlier this year, and a national security council has been established. It is timely, and very important to provide a framework for such consultations and response, not least when we think of the current security situation, changing scenery and hybrid threats that we are facing in an increasingly open and technology based world.

Our dual approach – NATO ally, and a bilateral defence agreement with the United States, is complementary and not a duplication.  NATO is the only defence and security alliance in the world where the commitment is that an attack on one, is an attack on all. That is an important bedrock of Icelandic security, and the horizon needs to be kept at 360°, not only looking east or south.  Facing the challenges and threats by continuing NATO’s approach, calm, steadfast and firm, without uneccessary sabre-rattling, will continue to be what Iceland supports and promotes as a NATO ally. 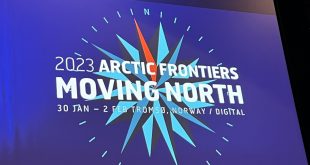 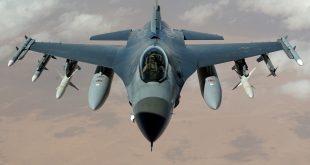 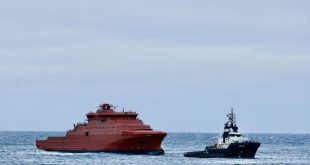 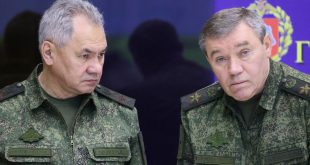