Lilja D. Alfreðsdóttir is Iceland´s Foreign Minister and became a Member of Parliament on 29 October 2016.

Robert G. Loftis is Director of Graduate Studies and Professor of the Practice of International Relations at Boston University. He served in the US State Department and Foreign Service from 1980 to 2012, where he held a wide variety of assignments, including Senior Adviser for Security Negotiations and Agreements (2004-2007) when he lead the negotiation with Iceland on the closure of the US Naval Base in Keflavik.

In early 2008, Loftis was the lead negotiator for a status of forces agreement with Iraq.  He was also the Deputy Executive Director of the Implementation Planning Team for the creation of the Department of Defense’s new Africa Command (AFRICOM).

She became First Secretary in the External Trade Department in the Foreign Ministry 2001, after having served as counsellor in Geneva she became in 2006 Director for the Iceland Crisis Response Unit, 2009 to 2010 Anna was director of the Ministry´s EU Department, then she became Foreign Policy Adviser to the Prime Minister until 2013 when she took up her present post having become Ambassador in 2011.

Ojārs Ēriks Kalniņš is a Latvian Member of Parliament. He was born in Munich, Germany, but moved as a child with his parents to the United States. In the years 1974 to 1984 he was a creative director and copywriter in advertising in Chicago. He was editor of the Chicago Latvian  Newsletter from 1981 to 1991 and Public Information Director of the American Latvian Association Washington, D.C. 1985 – 1990 also working with the Latvian Independence Movement until independence was gained in 1991 when he became Deputy Chief of Mission, Latvian Embassy and from 1993 to 2000 he was Latvian Ambassador to the United States and Mexico

From 2000 to 2010 he was Director of the Latvian Institute in the capital of Latvia, Riga. Kalnins was elected to the Latvian Parliament, Saeima, in 2010 where I became what he is now, the Chairman of the Foreign Affairs Committee and head of Latvia’s delegation to the NATO Parliamentary Assembly.

She has been chair of the Foreign Affairs Committee in the Parliament of Iceland since 2015. Hanna Birna is also currently the Chair of the Executive Board of Women in Parliament, Global Forum.

She was the Minister of Interior after getting elected to parliament in 2013 to 2014, and was Mayor of Reykjavík from 2008 to  2010. Hanna Birna was elected to the City Council of Reykjavík in 2002. 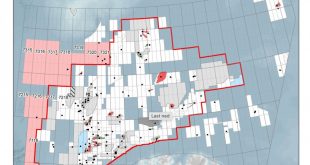 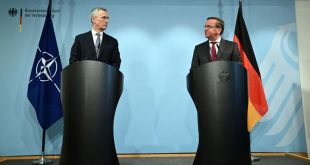